I hate clutter!! I would live in a white sterile home if I could ;-) Anyway one of my pet peeves has been our DVD and CD storage shelves. They stood either side of the fireplace in the alcoves, bearing in on the room: 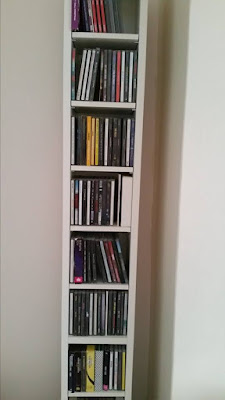 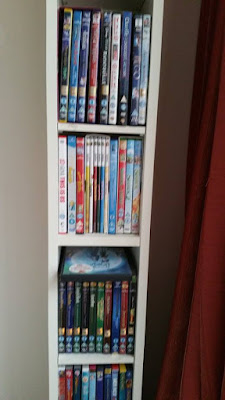 I just think they look so messy. So after a bit of research and trips to the shops, here's what I've come up with: 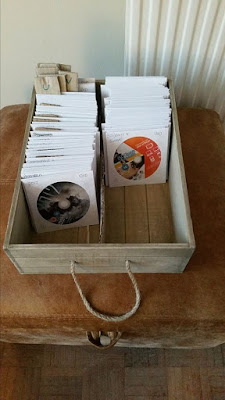 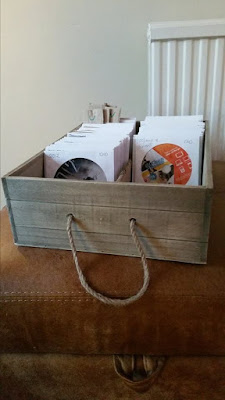 The DVDs are in DVD envelopes, on which I've written the name of the film, the rating, and whether its a DVD or Blu-Ray. I've put them in alphabetical order, using some simple cardboard labels. I've also separated them into two rows - adult films and children films.

I haven't worried about how it looks too much, as I am storing the box on the coffee table that I have previous up-cycled (and written about on the blog): 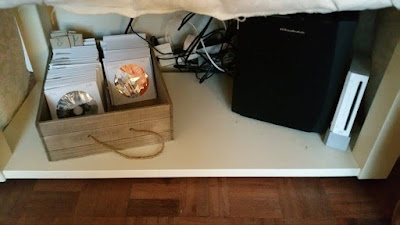 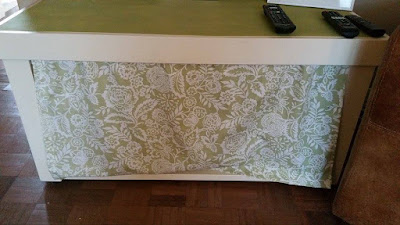 No more nasty DVD cases! Hurruh! What do you think? How do you store your DVDs/CDs?

Promote your Page too